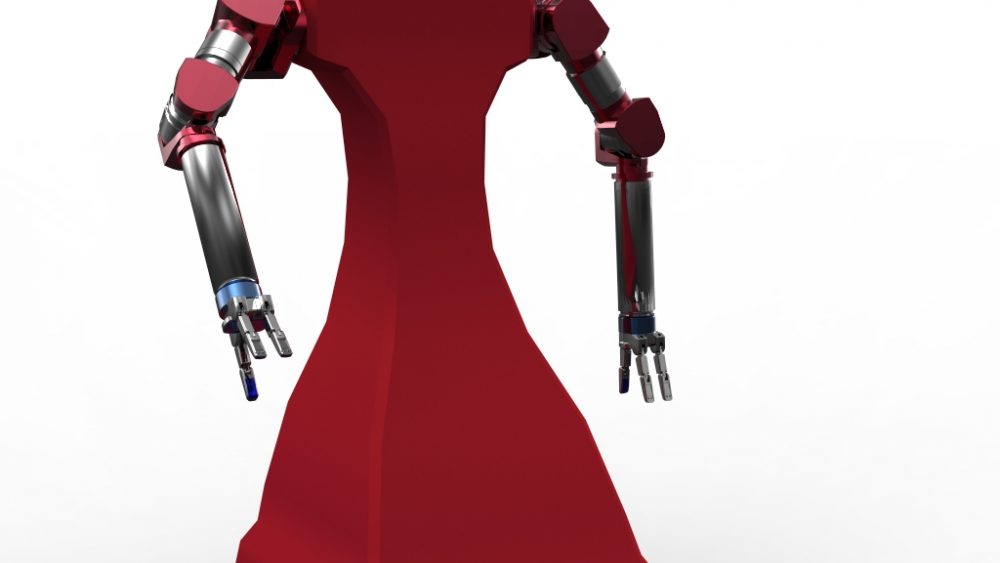 The robot Loki is an AMM built as a collaboration among several Spanish universities and companies, following design and coordination by UEX. This robot has been built as an advanced social robotics research platform.

The mobile base of Loki holds batteries, energy management electronics, local controllers and a high-end dual-socket Xeon board. Standing on it, a rigid column supports the torso which holds two arms and a expressive head. Each arm has 7 degrees-of-freedom (DOF) in anthropomorphic configuration built with a mixture of Schunck motors in the upper arm and a custom-made 3 DOF forearm, a 6 DOF torque-force sensor in the wrist and a 4 DOF BH8 Barret hand with three fingers.

The head is connected to the torso by a 4 DOF neck and has two orientable Point Grey firewire cameras, an ASUS Xtion range sensor and 5MP Flea3 camera. It also features an articulated yaw and eyebrows for synthesis of facial expressions and microphones and a speaker for voice communication. The total number of DOF is 37. The control of all these elements is performed by a set of components created with the open source robotics framework RoboComp, which can easily communicate with other frameworks like ROS or Orca2.

The robot currently can execute a basic repertoire of navigation, manipulation, and interaction behaviours that are organized under the new RoboCog architecture, and developed on top of the RoboComp framework.