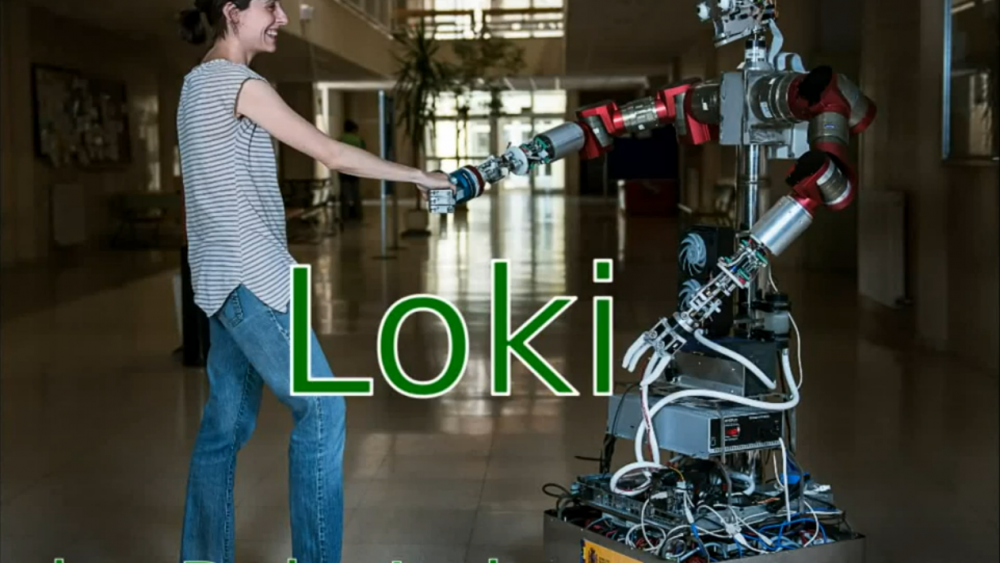 The new cognitive architecture RoboCog has been tested on the robot Loki. The goal is to test human-robot interaction capabilities through a ball game.

The human shows the robot a ball and asks it to touch it. Loki localizes and tracks it with his camera and shortly after touches it with its 7 dofs arm. The game continues until a stop command is voiced to the robot.