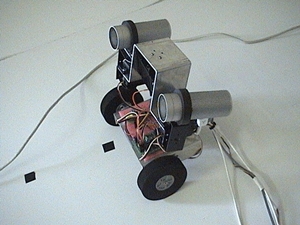 Paper submitted to ICINCO-MARS 2007 describing the distributed architecture for visual attention and navigation that we are currently working on.